Hello Again ,
Like a said before, when I first saw that the Caricaturama showdown 3000 competition on Facebook was having Matt Damon as the featured caricature subject, I could not resist! I did the sketch in my water color Moleskin sketch book, and then while I was at my retail booth at Pier 60, Clearwater beach I had the opportunity to add some color to the sketch. I used Gouache and I really like that I can have it waterdown in washes but it is tricky because it tends to really want to be opaque and flat! I am pleased with it. I think the medium requeres less of an absorbent surface, does anyone know of any papers or boards to use with gouache?
I did not use any photoshop on it and I might in the future on changes, because for a while I did not have any of my Power PC (later programs in Mac). I am now recently acquired the brand new CS6 full suite, and Office 2011! Have a great day 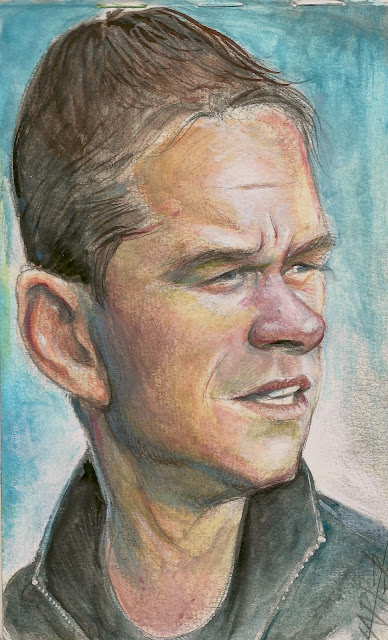 Check out my about.me profile!

Check out my listing of art and design on my new Thumbtack.com 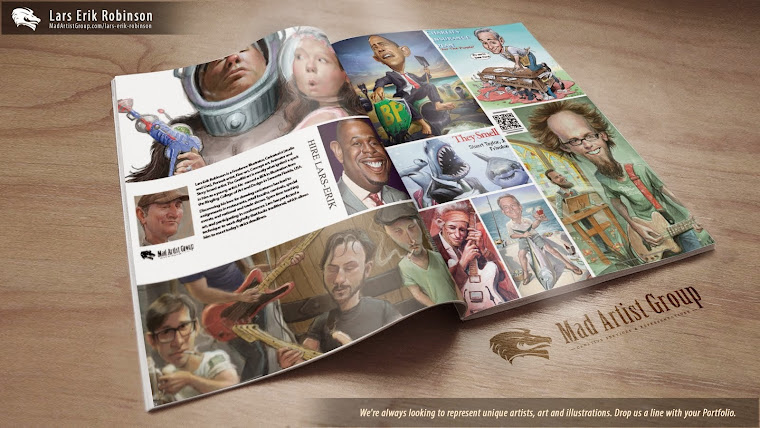